Hemla was established in 2009 in Norway and has been structuring oil and gas projects in the US, West and East Africa, South East Asia and the Mediterranean with renowned partners in the industry, such as Daewoo Shipbuilding & Marine Engineering (www.dsme.co.kr) and Statoil (www.statoil.com).

In early 2010, Hemla created D&H Solutions as a JV with DSME based on an innovative business model to unlock stranded hydrocarbon assets.

The activity in D&H Solutions is now continued in Hemla Vantage. 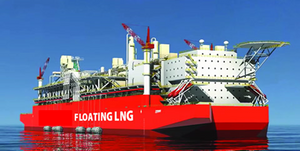 The  development was a pioneering project, developing the FLNG concept without the use of the balance sheet of an IOC and, at the same time, embracing the partners in the LNG value chain.

Working together with DSME, Höegh, CB&I and BW Offshore, pioneered the FLNG solution.

The project consisted of a permanently moored self-contained FLNG vessel capable of producing up to 3.4 MTPA of LNG. Pre-FEED and concept studies were completed and the front end engineering and design (FEED) was underway for the USD 3-4 billion vessel.

The off-taker for the project was Gazprom, which had signed a multibillion USD long term off-take agreement. Hemla’s project partners also included, among other,   Morgan Stanley and HSBC. 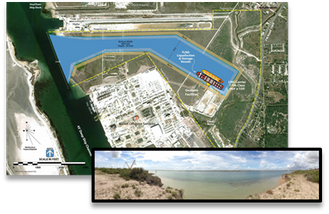 The South Texas LNG project which was established together with Statoil, a 50% partner, envisaged a land-based gas pre-treatment facility and a FLNG in the port of Corpus Christi of 4 + 4 MTPA.

Other partners in the project were DSME on the hull, CB&I on the topside and Morgan Stanley, on the financing side.

Extensive technical and environmental studies, feasibility, pre-FEED studies, layout design, regulatory and permitting work was undertaken in cooperation with Statoil, as well as structuring the financing.

The project was granted FTA export approval by the US Department of Energy early 2013 and submitted a Non-FTA export application later in the year.

The project was suspended due to limited size of area for safety exclusion zone to neighbors (only 300 meters).

In late 2010, Hemla, through D&H Solutions, assisted the structuring of a local E&P company, PetroGas Aceh E&P, as the National Oil Company in the autonomous province of Aceh in Indonesia.

The MoU signed with PT Aceh Energy (held by the Government of the Province of Aceh) and Perusahaan Daerah Pembangunan Aceh (PDPA) established the company with its main role to develop the resources of the Aceh province for the benefit of the Aceh people.

PetroGas was supported by the central and local authorities in the extensive bidding process for Exxon’s licenses in the area (Block B and NSO), as well as the Arun LNG plant, for Aceh to further develop them. Exxon halted the bidding process without announcing a winner.

In 2006, the Hemla Management established a support and operator in the North Sea, NOR Energy. The company operated oil assets in the UK (Causeway field), Tanzania (Pemba-Zanzibar license) and the Czech Republic (Krasna license area).

The assets were sold to Valiant Petroleum (UK), to RAK Gas UAE (Tanzania) and to domestic investors (Czech Republic) to refocus on other project areas.