NORWAY AND IRAN ENGAGE IN TRADING OF LNG, LPG AND PETROCHEMICAL PRODUCTS

Iranian IIC (Iranian Investment Company), through its Oman based sister company MENE (Middle East New Energy), with Mr. S.A.N.S. Khamoushi as its chairman, has signed an agreement with Norwegian Hemla to expand their trading operations. 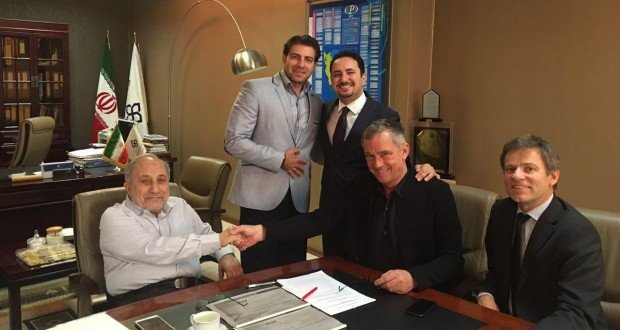 The agreement which will expand the cooperation between Norway and Iran, focuses on trading of liquefied natural gas (LNG), liquefied petroleum gas (LPG), naphtha, oil/gas, as well as other products in MENE’s portfolio.

IIC is the leading private company in Iran with USD multibillion investments which currently owns 55% of Petrochemical Commercial Company (PCC), one of the largest companies in the petrochemical / commercial industry in Iran and a well accredited brand around the world.

Hemla has a long history in developing LNG related projects in Africa, MENA and the Americas with partners that include Norway’s Statoil and South Korea’s Daewoo Shipbuilding & Marine Engineering (DSME), and lately a LNG project related to Kharg Island in Iran.

Hemla and IIC are committed to their cooperation and are proud to be in the first line to restart trading activities between their two countries.

Norway and Iran have a long history of successful collaboration. Norway’s Statoil was involved in a project to develop Iran’s South Pars Phases 6, 7 and 8 which was completed in 2008. Another company, Norsk Hydro, was involved in the exploration of Anaran block in Western Iran. In December 2013, Iran’s Oil Minister Bijan Zangeneh named Statoil in a list of his favor global energy enterprises that he said wanted to return to Iran’s oil projects